Nitto is proud to be the title sponsor for the Nitto ATP Finals, the season ending finale of the ATP Tour. This exciting event will be held in London and will feature the world’s best eight qualified singles players and doubles teams as they battle it out for the last title of the year.

Nitto prides itself in finding innovative ideas, and is excited to support an event that shares its passion for taking on challenges. Nitto believes that athletics are like its business strategy – both aim for the top their field.

Celebrating its 100th Anniversary in October 2018, Nitto is making a new start for the next century. Nitto will continue to make strides as a global company through the sponsorship of the “Nitto ATP Finals” and continually challenge to inspire the world and create new value. Global growth helps create innovation with customers around the world.

The Nitto ATP Finals is the year-end climax to the men's professional tennis season, featuring only the world's best eight qualified singles players and doubles teams as they battle it out for the last title of the season.

Players compete for Emirates ATP Rankings points throughout the season in a bid to earn one of the eight coveted berths and a chance to win the biggest indoor tennis tournament in the world. Played using a round-robin format, each player plays three matches as they compete for a berth in the knockout semi-finals and beyond.

The prestigious tournament has been contested in major cities around the world with a rich history dating back to the birth of The Masters in 1970 in Tokyo.

Since 2000 the event has taken place in cities such as Lisbon, Sydney, and Shanghai. In 2009 the tournament was moved to London, where it will be played through 2020. 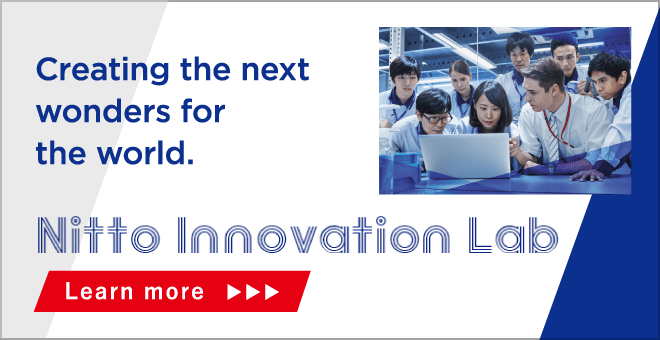 Two sponsor booths are set in the O2 Arena Floor 1.

One is the “Singles Trophy Photo Booth” where you can take a photo with the singles trophy (a replica), having a trick art background visual.

The other is the “Doubles Trophy Photo Booth” where you can take photos with the real doubles trophy. By sharing the taken photo on the SNS, you also get the chance to try the giant bulk vending machine uniquely made by Nitto.

Both booths are to fit creating memories for your visit to the Nitto ATP Finals. 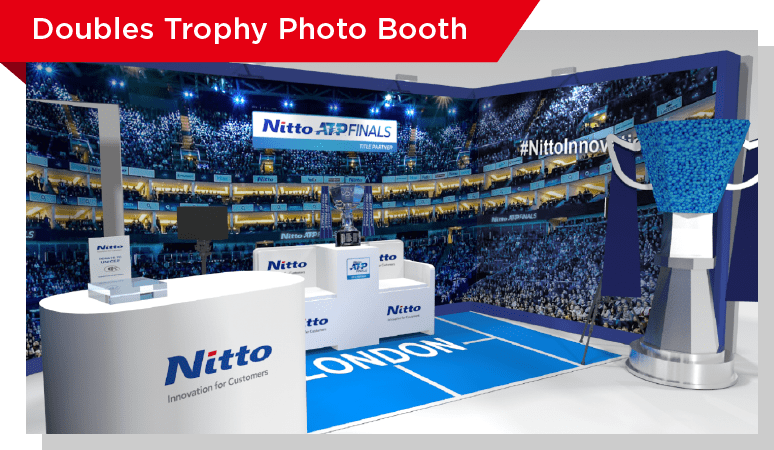 The tournament composite logo stickers, which has been popular in the past years, are also ready at both booths.

Having made thin and gentle to the skin, sticking it on your skin would feel as though there is nothing there. Decoration with it on your face would work just like a face painting.

Having it easy to remove, many people have been enjoying it every year. 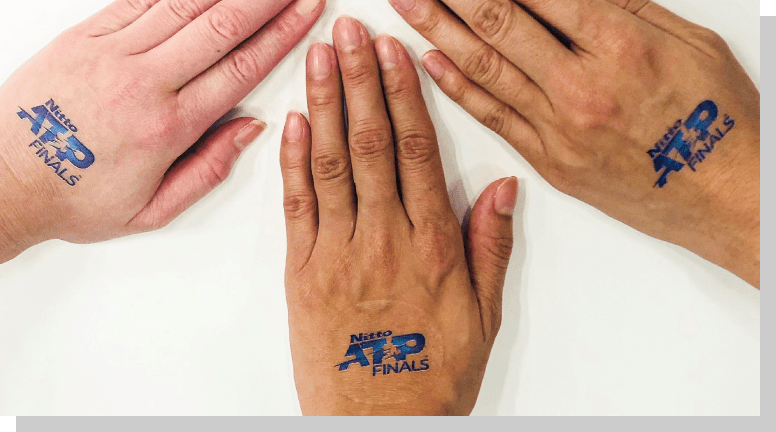 Charities through the Nitto ATP Finals

At Nitto ATP Finals, Nitto conducts CSR activities to support all children who are challenging for the future.
Nitto invited the children and their families who are confronting illness, and hospital staff to watch the game. In addition, we cooperated in activities of organizations that support children around the world through initiatives by Nitto Group employees and fundraising activities at the sponsor booths.

Details are on the news released, check it out.