Nitto’s technology helps you enjoy a pleasant flight.
We continue to challenge ourselves. 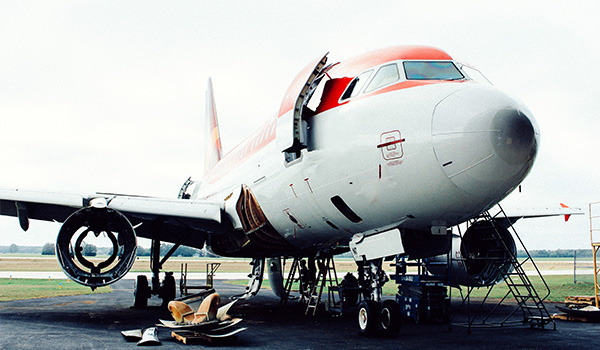 Airplanes fly at an altitude of 10,000 meters, where air temperatures can fall as low as -70℃. Despite these extreme conditions, the passenger cabin maintains a comfortable temperature and humidity. Below the passengers, the luggage compartment is usually much cooler.

Separating these two sections from drastic temperatures are floor panels. Hidden beneath the carpet, these panels are made from a special material designed to be light and durable, with heat insulation properties. The floor panels are installed on reinforced aluminum frames which are constructed to bear the considerable weight of passengers, seats and other equipment. 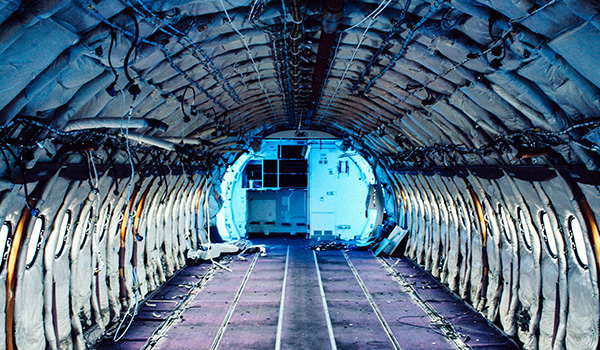 The challenge in ensuring comfort in the passenger cabin is corrosion. Just as moisture can condense on a cold glass of water, moisture can also condense underneath the floor panels due to the severe temperature difference between the cabin and luggage compartment. The resulting moisture between the floor panel and the reinforcing frame can cause the reinforcing frame to corrode. Hearing this, you may think it’s just corrosion. But for an airplane tasked with the safety of hundreds of people, the slightest amount of corrosion runs the risk of a major accident.

AEROSEAL™ is an anti-corrosion tape that is applied to the reinforcing frame to protect against corrosion. This adhesive tape remains in place even under highly variable pressure and humidity conditions, and comes off easily during airplane maintenance. Due to these two contradictory properties, AEROSEAL™ is currently being used to protect planes in the United States.

The development of AEROSEAL™ anti-corrosion tape started out from market research done in the United States. We discovered that there was a need in the airline industry, which constantly battles corrosion, for a material that can prevent corrosion from occurring between the floor panels and the reinforcing frame.

At the time, we did not have knowledge or connections in the airline industry. But we knew the airline industry requires much stricter quality testing than other industries. Development teams in the United States and Japan began to work together to find answers and develop a solution. 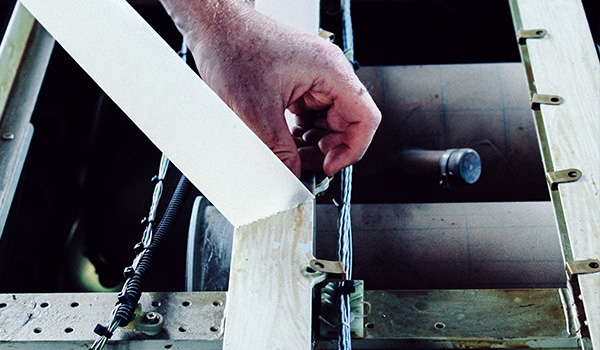 “If even the slightest amount of corrosion is found during maintenance, all of the anti-corrosion tape applied to the iron frame needs to be replaced. Not only did the tape need to protect against corrosion, it needed to provide easy maintenance.” (Muta)

Even after the prototype of AEROSEAL™ was developed, it took half a year to evaluate, and several more years of testing before it could be used in airplanes. Taking more than 10 years from initial development, it was finally commercialized as a product and is now being used on planes in the United States.

“The product was recognized for adhesive characteristics unlike any of the products of other companies. The fact that it did not allow humidity from the passenger cabin to penetrate because it adhered so well to the iron frame was an advantage that only Nitto could deliver.” (Muta)

As more airlines and airplane manufacturers around the globe evaluate and certify the product, AEROSEAL™ will be challenged to fly the skies of the world.

Nitto offers many different anti-corrosion adhesive tapes. These products are used to prevent corrosion in locations prone to moisture such as bridges and pipes in plants. You may think that we applied this anti-corrosion tape technology in the development of AEROSEAL™ , but existing products would not work. Mr. Ryu Tate, from the Aerospace Business Promotion Division in Japan, explains why:

“The anti-corrosion tape used with bridges does not come off easily, because once it is applied it doesn’t have to be removed again. But the tape used in airplanes must be removed periodically for maintenance. So, the product needed to be effective against preventing corrosion, difficult to burn, difficult to come off on its own, but easy to remove.” (Tate) 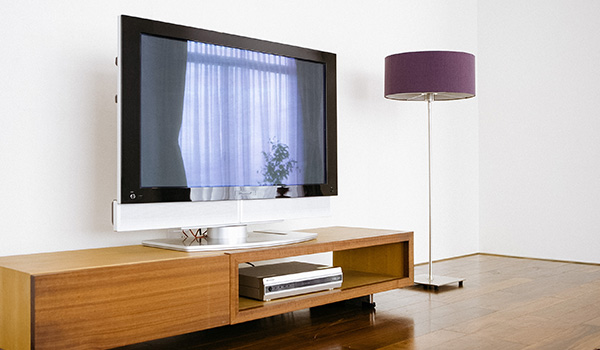 Through trial and error, the development team found a technology used in adhesive sheets applied in LCD panels that could work. LUCIACS™ is an optically transparent adhesive sheet that has the dual properties of delivering clear, bright images and also being highly adhesive. Both properties are required when adhering optical films together in devices such as flat panel displays. The LUCIACS™ line-up includes adhesive products that can be removed easily to adjust the position of the film during the LCD panel manufacturing process. The dual properties of adhering firmly, and removing easily are one of the technologies Nitto has developed over many long years. AEROSEAL™ anti-corrosion tape, which adheres well, but can also be easily removed was developed by utilizing the technology used in LUCIACS™. Clues for producing new products lies in the enormous wealth of technology Nitto possesses.

“One thing typical of Nitto is how development is done in an environment with a lot of communication. The team working on developing adhesive sheets for TV displays was right next to the team developing anti-corrosion tape for use in airplanes. AEROSEAL™ was born from global collaboration and communication at our lab.” (Muta)

A safe and reliable new product - what lies ahead?
Potential for use in other fields including the automotive industry

After taking on the challenge of the stringent safety tests of the North American aviation industry, AEROSEAL™ has become a sought after product for being safe and reliable. In the future, you may see it be used in fields such as the automotive industry.
* The information in this article was current as of March, 2017. 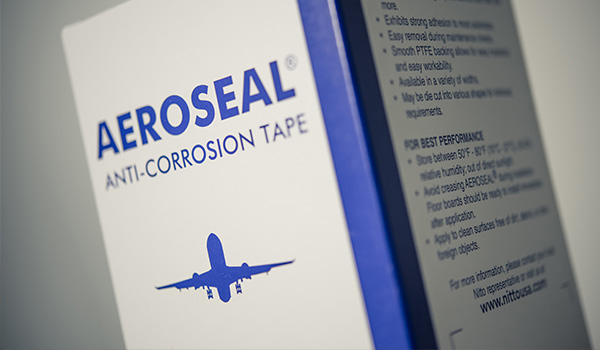