"I want to see an image that looks just like the real thing."

A polarizing film is an optical film that allows the display to show its image by controlling the amount of light. Its performance is an important factor affecting the image quality of the screen. Nitto’s polarizing film is the world’s top level technology, contributing to thinner, larger, and high image quality liquid crystal displays. It is used in many of the LCD screens in the world including smartphones, tablet PCs, TVs, and vehicle displays and continues to evolve as the devices themselves evolve. 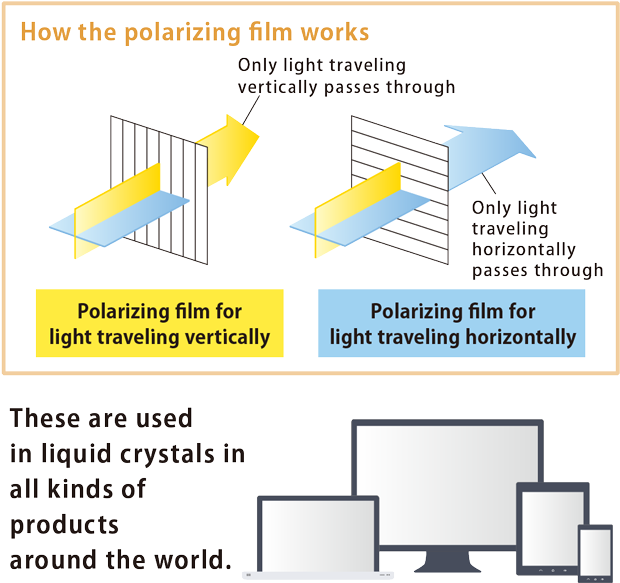 Nitto technology is used in smartphones and TVs that we all see in daily life. The polarizing film controls light transmission and shows images on liquid crystal displays. Without this technology, the display would only glow white and no text or images would be visible. Used in LCD displays around the world, Nitto polarizers also promise to be useful in next-generation fields such as wearable devices and car electronics.